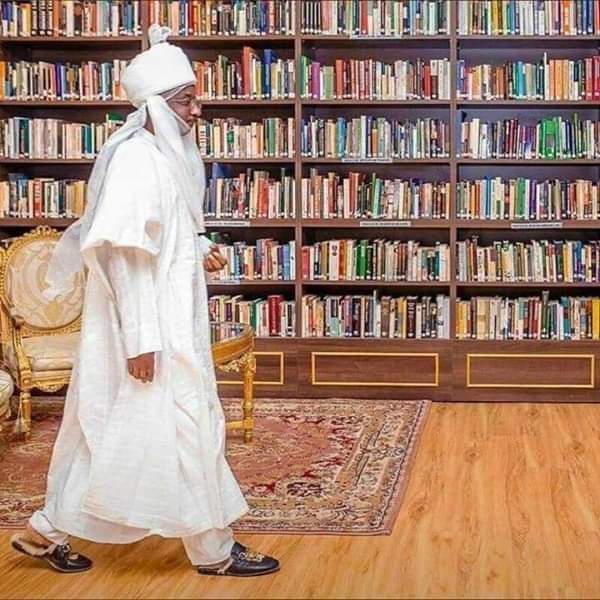 
Readers Are Leaders
How can you have this collection of books not as suya wraps but archival materials not in a public library but a palace, among the people where "Book is Haram" and expect yourself to be loved?
Just few weeks ago, he criticized Federal Character Policy, he posited that job placement shouldn't be about your place of birth nor your religion but your credentials and competence.
He clamoured for massive investment in education, he condemned polygamy, frowns at early marriage of girl child and expressed his displeasure towards consumption of illicit drugs among the youths in the North.
He looked at the powers that be in the North eyeballs-to-eyeballs and bluntly confronted them with bitter truth. He made the Northern Elders realize that their region is backward and they are major part of the problems of the sovereignty called Nigeria.
He was blunt and truthful to the powers that be,and as Yoruba will put Olooto ilu ni ota ilu (Society usually hate speakers of the truth).
Obviously, this wouldn't be the end for SLS, it's just a stage in the process of a better Nigeria.
Back to Blog List